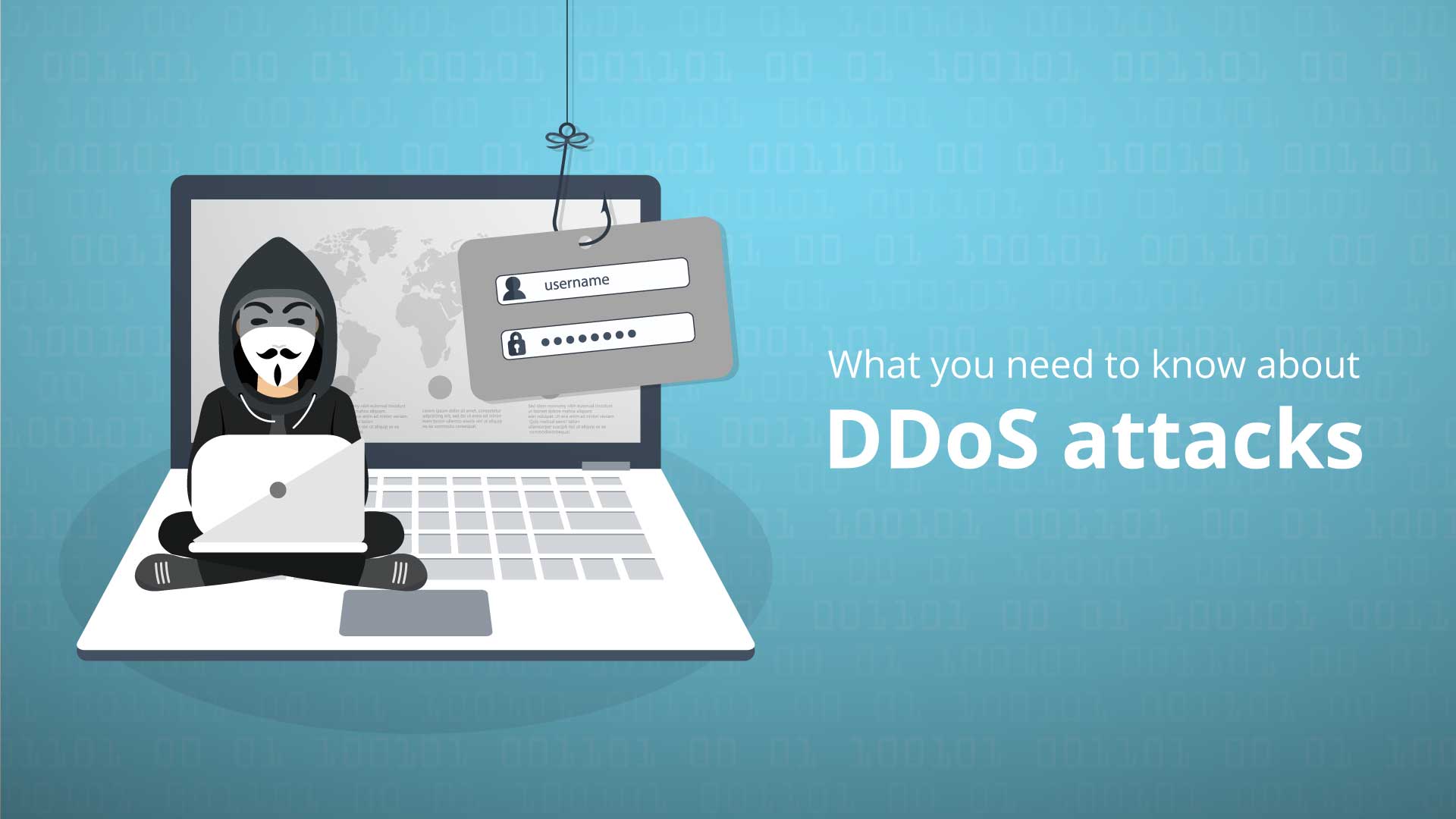 “For every lock, there is someone out there trying to pick it or break in.”

DDoS stands for Distributed Denial of Service. It is a cyber attack on a server or network to make its online services unavailable to users. It can completely prevent access to a website and cause an unpleasant visitor experience and hamper the reputation of a business.

Let’s say there is a company that sells its products over the internet, and customers access the company’s website to purchase. Imagine there is someone who wants to disrupt the normal operation of the site by attacking it for whatever reason, like personal grudge with the owner, or financial gain. So, the attacker floods the company’s web server with constant fraudulent data traffic. It can overload the system and cause a denial of service to legitimate traffic. This is a case of DoS attack, which stands for Denial of Service – the attack comes from a single source. Generally, in a situation like this, it is easy to identify that one source where the attack is coming from and close the connection with it.

However, there could be a scenario where multiple sources attack the server simultaneously. It is called a DDoS attack- the attack is coordinated among many systems. It can degrade the server’s bandwidth and performance. As a result, the other legitimate systems are denied service because the server is busy handling the DDoS attack. These users could experience a downtime – either the web pages take too long to load, or they may not load at all.

How does a DDoS attack happen?

The answer is Infect, Enslave, and Attack.

Infect – The attacker distributes a malware program over the internet via email attachments, websites, links and so on. A vulnerable user may unknowingly install this malicious software while surfing unsafe sites or accessing files from unknown sources. This way the attacker creates an army of such infected systems called a Botnet to perform a DDoS attack.

Enslave – A botnet could comprise of thousands of computers scattered all over the globe. The attacker controls and commands these systems like the central hub to perform the attack at a specific date and time.

Attack – Depending on the intent, the attack can go on for hours or days. So, what could be the cause behind such attacks? Reasons could be plenty, here are some:

There are ways to filter out junk traffic created by cybercriminals. For example, you can use DDoS protection software to sort safe traffic from fraudulent requests.

DDoS attacks are on the rise and have the potential of damaging your system or business. It is essential to stay protected with a reliable internet security software, and also by not accessing/ downloading data from unsafe sources or clicking unknown links.