Posted by Inflow Tech Team on December 16, 2019 in Electronic Security ∞ 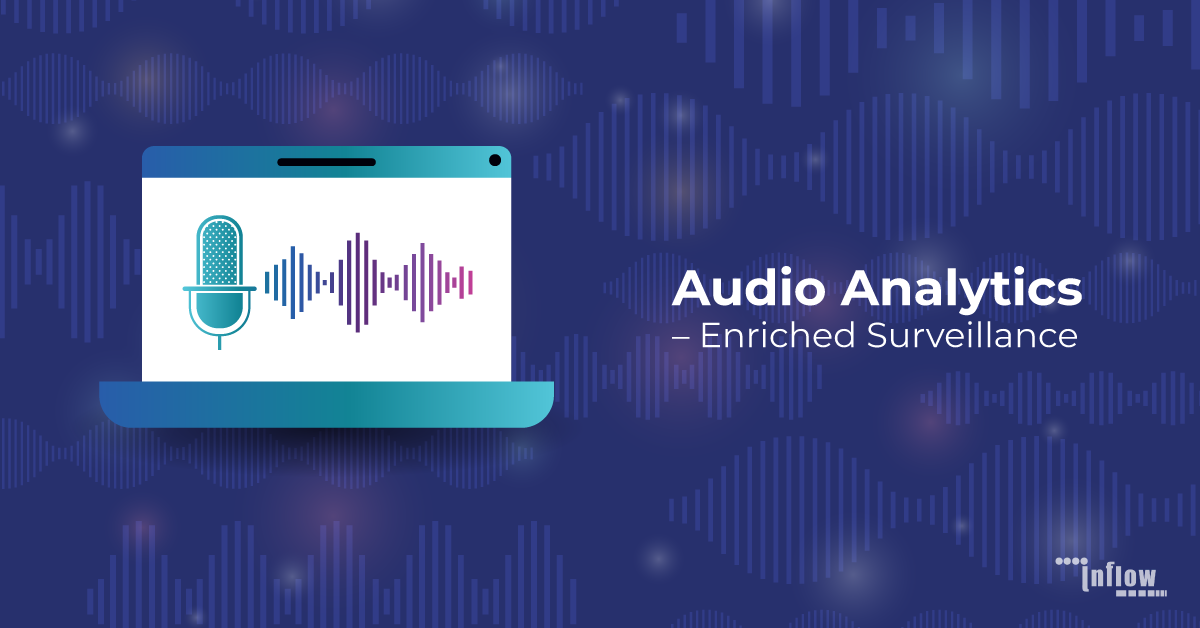 “Images are not only visual. They’re also auditory, they involve sensuous impressions, bundles of information that come to us through our senses, and mainly through seeing and hearing: the audio-visual field.”

While assessing a scenario without visual context, audio majorly contributes to building our perception of the threat. Was it a gunshot or a car backfire? Was that someone excited or someone fighting?

Audio Analytics is the cutting edge technology which resolves this concern.

What is Audio Analytics?

Surveillance systems now are capable of augmenting the perception using intelligent analytics to make judgement calls by weighing sensory data and conclude whether a threat is impending.

Audio has always been overlooked in the surveillance industry. One possible reason for audio taking a back seat in many security systems could be the laws. Strict regulatory requirements in some nations prevent the recording of audio to protect the privacy of an individual. Audio analytics software only identifies and detects specific acoustic patterns of sound and not actual speech.

Audio analytics operate in the acoustic realm. Unlike video analytics, it can detect and identify different sounds even when the camera is pointing in the opposite direction. It can alert security personnel to specific sounds like verbal aggression, a windowpane being smashed, or even a gun being fired.

The sound detection software listens for a complex combination of characteristics from the decibel level to the energy in different frequencies over time. It is efficiently programmed to ignore background noise like traffic, conversations, music and more. The algorithm triggers an alert when it hears a specific acoustic pattern. Hence the risk of false positives even in challenging environments like train platforms, prison cellblocks or any public place is minimal.

Also, as opposed to IP cameras with the video analytics feature, audio analytics do not record sound continuously. The software only operates in buffer mode. It captures sounds/audio of a couple of seconds prior and after the detection to allow security to verify the sound and preserve it for future forensic evidence.

Well configured audio analytics surveillance systems can deliver critical information about a security event to hasten response times and providing real-time details beyond video-only surveillance.  Audio analytics do not result in any privacy concerns and allow efficient usage of the camera audio.

Our upcoming blog throws light on the salient features and key merits of the audio analytics software.